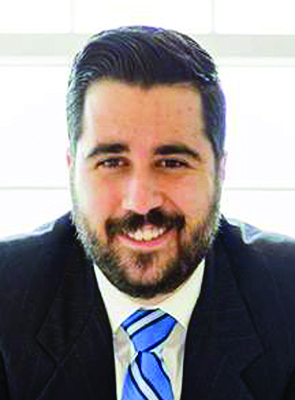 Alliance welcomes Chris Faraldi as the Director of Public Policy and Special Programming who comes to us after serving U.S. Senator Charles Grassley. Chris was the director of correspondence and led a team of seven legislative correspondents, along with three interns to ensure incoming and outgoing correspondence was managed efficiently.

He also provided administrative and technical support for the Constituent Services team, both in Washington D.C. and Iowa offices for the Senator. In addition his prior experience included working as District Representative and Service Academy Coordinator for Representative Bob Goodlatte. In this role he assisted constituents of the sixth Congressional district of Virginia at the various federal agencies including Dept. of Veterans Affairs, Defense, and Social Security Administration as well as managed the Lynchburg District Office.

He also worked as a field director for the presidential campaign of Senator Ted Cruz and represented Senator Cruz at events and worked on several campaign rallies while coordinating over 400 volunteers in 25 counties to aid in his run for office.

“Chris will provide a vital role at the Alliance advocating for our members on pro-business issues on the local, state, and federal levels as well as working with elected officials to implement pro-business, economic development friendly legislation and policies that have direct impact on the Lynchburg region.
He is an accomplished young professional having risen to key positions early in his adult life and we are thrilled to have him join the award winning Alliance team,” stated Alliance COO, Christine Kennedy.

When asked about his opportunity at the Alliance, Chris says he “plans to proudly advocate for pro-business legislation that works towards economic prosperity for our region.”   In addition to working with our members, he will provide leadership and guidance to legislative committees and coalitions including Legislative Affairs, Small Business, VA West, the Blue Ride Economic Coalition and champion key transportation efforts of the Lynchburg Regional Transportation Advocacy Group, Air Service Development Partnership and the TransDominion Express.