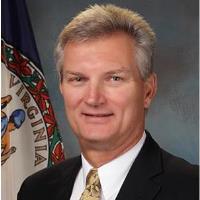 Layne said that there is a $22 billion general fund budget each year.

Four months ago, the economy was booming and the unemployment rate was low.

The positive economic climate changed in March when the economy shut down.

Layne said that in March, it was forecasted that in the final quarter of the current fiscal year, the Commonwealth would lose about $1 billion.

However, Aubrey said that as they crunched the numbers, they learned that this actually wasn't the case.

"Instead of being off a billion dollars, we were only off about $236 million," Layne said. "That's not good news, but it's a lot better than what we expected."

Layne said that if Virginia continues on this trend, he expects a slow and steady increase in economic activity across Virginia.