Gleaning gives a ''Sweet Thank You'' to Lynchburg Shoppers

January 18, 2021 | CONCORD, VA: You have probably seen Gleaning For The World’s 53-foot tractor trailer parked in front of Sam’s Club on Wards Road in Lynchburg during hurricane, tornado, or wildfire seasons when the nonprofit organization is collecting disaster relief supplies for victims of natural disasters.   During these collections, Gleaning For The World’s staff and volunteers will invite shoppers to purchase nonperishable foods, hygiene items, and even pet supplies while they are in the store – to

Gleaning For The World, Inc.

Art exhibits at the Bower Center are still going strong. We are happy to continue to implement health and safety protocols for keeping visitors safe for in-person visits, but all exhibits are available online at bowercenter.org/exhibits for those that would prefer to browse from the comforts of their own home. Creating art is a solitary endeavor for most artists consequently, there does not seem to be a shortage of art for exhibits. The Bower Center also offers a shop on its website so all art for sale may

Millennials – anyone born from the early 1980s until around 2000 – are about 80 million strong and they’re shaping the world around us. Lynchburg Business will recognize these young people that have taken their professional game to the next level while making the Hill City a better place. Help us highlight the up-and-coming young professionals in our region!   Lynchburg Business' Millennials on the Move identifies the best and brightest individuals among us who are making a difference in their places of

Dominion Energy is partnering with the Virginia Chamber of Commerce Foundation to temporarily expand its EnergyShare program to assist those small businesses impacted by the COVID-19 pandemic. Dominion Energy Virginia is pledging $500,000 to help provide energy bill relief for small businesses, nonprofits, and houses of worship in its Virginia service territory. The program funding will be covered by shareholders and will not impact customer rates. Qualified businesses may be eligible for one-time

[ROANOKE, Va.] – WSLS 10, the Graham Media Group owned NBC affiliate in Roanoke, VA, announced they have named Margaret Kreger Ashburn as their News Director. In her new role, Ashburn will oversee the editorial content and its execution on all platforms, as well as have an integral role in maintaining the brand image for WSLS 10.    She is a familiar face at our station and a key member of the community. Not only has she held the WSLS 10 Assistant News Director role for the last two years, she also helped

We're collecting new and used sewing machines (that are in working order), which we'll be sending to our international partners. These machines will be used to teach men and women how to sew, and how to create small businesses to support themselves financially through sewing. Your sewing machine could be the reason someone escapes the cycle of poverty!Our collection starts now and goes through January 31st. Drop off your new or used sewing machine at GFTW 7539 Stage Road Concord, VA 24538. We're open

LYNCHBURG, VIRGINIA (January 15, 2021) – Sick and tired of feeling sick and tired in these COVID-19 times?  The YMCA of Central Virginia invites all in the community to participate in a free six-week Reset challenge designed to help transform spirit, mind and body.  “Now, more than ever before we need to recharge and refocus,” said YMCA of Central Virginia CEO Jay Parker.  “The COVID-19 pandemic has worn us down.  It’s isolated us in so many ways.  This challenge provides an opportunity to get active and 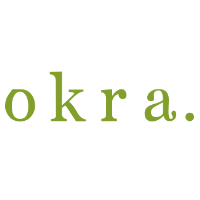 Lynchburg, VA, October 26, 2020 Benchmark Systems, formerly known as AntWorks Healthcare is pleased to announce a new partnership with CloudMD, a North American organization focused on digiting the delivery of healthcare by providing patients access to all aspects of the care continuum. On October 26th CloudMD became the majority stock owner of Benchmark Systems. CloudMD Software and Services Inc. is revolutionizing the delivery of healthcare to patients through a SAAS based health technology solutions

As you are aware, Governor Northam and VDH issued Executive Order 63 – Order of Public Health Emergency Five (“ORDER OF PUBLIC HEALTH EMERGENCY FIVE REQUIREMENT TO WEAR FACE COVERING WHILE INSIDE BUILDINGS”). The Order requires patrons in the Commonwealth age ten and over…to cover their mouth and nose with a face covering…when entering, exiting, traveling through, and spending time inside” businesses listed in the Order. It requires employees to wear face coverings over their nose and mouth at all times